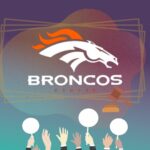 A group of enthusiasts, including accountants, lawyers and athletes, created a DAO (Decentralized Autonomous Organization) to collect cryptocurrency to buy the Denver Broncos team. They need at least $4 billion.

In early February, the Denver Broncos NFL team was officially put up for auction. According to media estimates, its cost is about $4 billion.

Prior to this, the most expensive deal to buy an American sports franchise was with the New York Mets. The team was sold for $2.4 billion in 2020 year.

So far, there is no definite leader in the auction. But what is remarkable is that they involve the DAO, a decentralized autonomous organization.

Compared to a conventional financial or industrial group, this block is different in that it uses the blockchain to confirm participants and facilitate cryptocurrency transactions.

If the deal works out, the Denver Broncos will become the second collectively owned competitive NFL team and the most valuable sports franchise in American football history.

The exact composition of DAO is unknown. But it includes lawyers, former athletes, accountants and at least one mathematician. The representative of association is Sean O’Brian, the ex-employee of Cisco.

cool. The idea is to create a system that will enable dozens of people from different walks of life to manage a team, ”says the man.

DAO will start working in early March. At the same time, the organizers have very little time before the start of the new season. If they want to get a team, then they need to raise funds as quickly as possible. Earlier, we talked about the epic “fail” of Coinbase as part of an advertising campaign dedicated to the Super Bowl. The company paid a lot of money for advertising that led to a blank page.