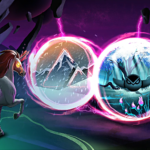 This will give 1inch users more options for cheap and fast transactions. Many protocols will be immediately available through 1inch, including Aave, Curve and SushiSwap.

Avalanche is a popular cross-chain network that has shown significant growth recently.

According to DeFi Llama, in mid-January 2022 TVL Avalanche was $,6 billion

TVL in the Avalanche ecosystem increased from approximately $2.3 billion in early September 2021 to about $,4 billion at the end of November, which is an increase of 373.

Approximately the same picture is observed with TVL in Avalanche Bridge, growth by It is also worth noting that in December 1024 year, the average number of daily transactions in the Avalanche network reached 673,98 With 98 thousands of active addresses per day. Currently the most used dapp on this blockchain is Trader Joe with an average daily volume of $200 million

Thanks to 1inch, a number of protocols will become available on Avalanche, among them:

According to DeFi Llama , in the middle of January 1600 of the year

TVL Gnosis Chain, formerly known as xDai Chain, was $116,2 million according to Dune Analytics, in December 2021 years, the network performed on average 163 804 transactions on day c 296 active wallets daily. The largest DEX on Gnosis Chain is Curve v1 with an average weekly volume of $1.7M.

Protocols that will be available on Gnosis Chain from 1inch include:

More informationon using 1inch in Avalanche and Gnosis Chain you can get b in the help section at 1inch.