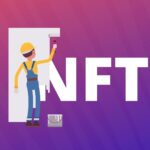 Yesterday, 12 January, among the editorial staff of Wikipedia, the debate about NFT finally came to an end. Five of the six members of the congregation voted against classifying the tokens as art.

This situation arose at the end of last year. On the basis of the site, fierce controversy arose whether it was necessary to mention the transactions for the sale of NFT in the category of “art”.

“We cannot decide what is a work of art and what is not. Putting NFT on a separate list greatly simplifies the situation. Now this is a separate page that can be linked to in other articles, ”said the editor with the nickname“ jonas ”.

The stumbling block in this The situations were two works of digital artists – “Everydays: The First 5000 Days” (T-shirt “Beeple” Winelman) and “The Merge” (by an anonymous author with the nickname “Pak”).

The first lot went under the hammer for 22 million dollars, the second – for 69, $ 8 million. The Merge collection, if considered as a piece of art, is the most expensive transaction for the sale of a work of a still living artist.

However, critics argue that tokens should not be counted among the rest of the art. According to them, this is just a collection of individual works that do not always have value outside the community.

Many of the owners of NFT opposed the decision of the editorial staff. Wikipedia:

“Debate whether NFTs are art is like arguing whether paper can be called art. Without her, there would be no art. Like tokens, it serves as the basis for creating a piece of art. ”

Others called for sabotage the decision and act as a united front against it:

“Digital artists struggle their entire lives to be reckoned with! We just can’t let Wikipedia push them all the way. ”

Final decision on this the issue was postponed indefinitely. It is not yet completely clear how this will affect the market.