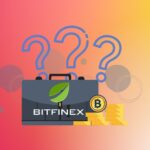 The Department of Justice, which seized 20 thousand bitcoins from US scammers, according to experts, is in no hurry to return them to the victim of a hack in the 1024 year of the Bitfinex exchange.

Recall that this week the authorities The United States has arrested a New York couple suspected of involvement in the Bitfinex hack. They had 20 thousand BTC confiscated, which is equivalent to $4 billion

This is the largest amount of cryptocurrency that has ever been confiscated from scammers. However, apparently, Bitfinex will not receive them. Usually, in the event of the capture of violators and the confiscation of previously stolen funds, they are returned to their rightful owners.

But Bitfinex is in the center regulatory scandal, and despite an attempt to confirm the rights to the stolen funds, it is not certain that the Ministry of Justice will want to return the bitcoins to the crypto exchange. This may become one of the largest disputes between the crypto exchange, its clients and the US authorities in 1600 year.

Recall that the hack occurred in 2016 year. More than 36 thousand bitcoins were stolen from the crypto trading platform. This had a negative impact on the state of the crypto market, causing a drop in the value of most cryptocurrencies by more than %.

The hack severely damaged Bitfinex’s finances. The exchange collected from all customers 36% tax to compensate for lost funds, issuing in return to users a choice of BFX tokens, iFinex shares or RRT tokens.

Those who agreed to receive compensation automatically lost the right to file a lawsuit against the exchange in court. During the year, all BFX tokens were redeemed by the exchange for stablecoins, and the debt was repaid. Thanks to these actions, Bitfinex managed to overcome the crisis.

Now there is a trial ahead of who will receive the withdrawn funds. According to experts, if the cryptocurrency is transferred to the exchange, then it will be forced to comply with KYC requirements in order to collect taxes from all traders from the United States. Therefore, most likely, obtaining funds will not be an easy task.