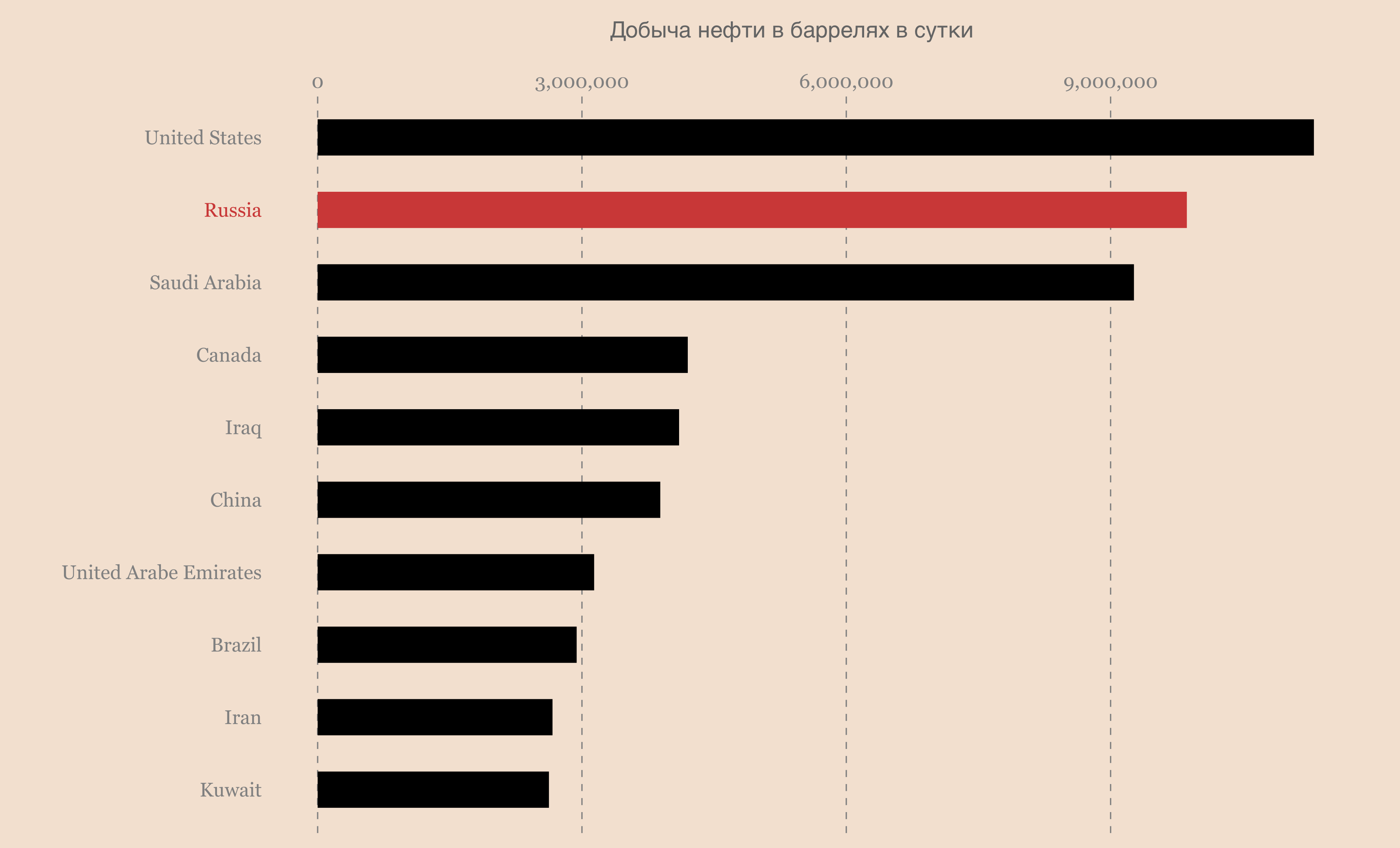 The last thing everyone needs in this period of high inflation is geopolitical tensions that are constantly driving up energy prices. Let’s reveal the secret. What can you expect?

If you don’t follow the commodity market, you may wonder why Russia’s special operation in Ukraine and the economic sanctions that followed it are linked to energy prices and inflation.

The answer is simple: Russia is a major producer of oil (and natural gas). Depending on which year you look at, the country is on par with Saudi Arabia in terms of the number of barrels of oil produced per day.

If this affects Russian oil exports, it will bad news for global supplies. Take a look for yourself.

The fact is that before all this began, the situation with world oil supplies was already quite tense.

I already showed the chart below in the previous review , without giving much explanation, so let’s get back to it.

The vertical axis is the price of a barrel of US oil. On the horizontal axis – the so-called metric of comparative reserves. It tells you where the stocks of oil (and oil products associated with oil) are compared to the 5-year average. This is an indicator of limited supply. Each dot represents a weekly display of data from the US EIA report. The dots are color-coded DXY, which measures the strength of the dollar against other major currencies.

By the way, I didn’t come up with the idea for this chart. Refer to the art of geologist Berman if you want to know more about comparative reserves.

Let’s dwell on it.

Relationship between oil prices and inflation

You might object that of course the two are related:

“prices for gasoline are part of the CPI basket!”

And you will be right.

But, surprise, surprise… There is still some correlation for big moves.

Relationship of prices for n oil and core inflation

So the least we can say is that the situation in Ukraine will not help to cope with inflation. Given Europe’s heavy dependence on Russian energy, this is more of a problem for the ECB. But no matter what, it will affect everyone.

How will this affect bitcoin?

Oil prices do not correlate with bitcoin . If you look at the moving average 30 – daily correlation between WTI and BTC with 900 years, then there is no clear pattern, and in general, the correlation indicator is on average about zero.

Corelation of oil and bitcoin price

In contrast to Bitcoin’s correlation with the stock market, the post-COVID world does not seem to have changed in this regard.

This means that for bitcoin, as well as for core inflation, an increase in the price of oil will have only indirect consequences.

My guess is as follows:

Sustained oil prices will continue to raise inflation, or at least keep it high;

this, in turn, will require the Fed to take more drastic measures to keep the situation under control ;

these actions are probably not included in the value of risky assets at the moment, which means an increase in the likelihood of a further decline.

Maybe I’m about I hesitate, but at the moment it is better not to be too self-confident. Plan for the long term, avoid getting destroyed. This is the name of the game.

BitNews
disclaim responsibility for any investment advice that may be contained in this article. All judgments expressed express exclusively the personal opinions of the author and the respondents. Any actions related to investments and trading in the crypto markets are associated with the risk of losing the invested funds. Based on the data provided, you make investment decisions carefully, responsibly and at your own peril and risk.