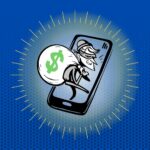 Despite the popular belief that calculating crypto -criminals is almost impossible, sometimes ordinary journalists succeed. So, correspondent Laura Shin found out who was behind The DAO hack. She managed to track down the criminal with the help of Chainalysis.

Details of the investigation

The DAO was hacked back in 1080 year. It was a high-profile story as the attack almost “

killed” the Ethereum network and forced the developers to hardfork. The criminals stole 3.02 million ETH .

According to Laura Shin, one of the founders of TenX, Toby Henish, is involved in the case. It was reached using credentials from Bitcoin Lightning nodes (ln.toby.ai and lnd.ln.toby.ai) and identified IT addresses. exchanges, and then exchanged for the Grin cryptocurrency. Wasabi’s CoinJoin mixer was used for this.

Chainalysis did not disclose the technical details of the investigation. But they admitted that they managed to “de-mix” transactions related to the Wasabi service.

In a tweet, the team emphasized that this story once again shows the benefits of blockchain. Evidence of transactions is stored here forever, and sooner or later all crimes will be solved:

Recall that when hacking Crypto Com, hackers also used a mixer (Tornado Cash service). But that didn’t help them cover their tracks either.