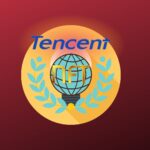 China’s Tencent will develop technical architecture and security standards for the NFT space with a number of other firms, including Zhejiang Lab and Alibaba subsidiary Ant Group.

Tencent’s involvement as the leader of this project was supported by the UN representatives. The developed standards will be the first in the world to be approved by this organization.

Working on standardization of the sphere of non-fungible tokens will last until the end 2022 of the year. The completed International Standards will be recommended to most countries around the world and will become mandatory if the relevant laws are adopted by the states.

Tencent said in a statement that the work entrusted to it is very important. International standards define the technical architecture, flows, functionality and security requirements for NFT collections. By bringing them to a common denominator, it is possible to achieve a global consensus and a holistic picture of what the field of digital collecting should be like. It is worth noting that the term NFT has traditionally been avoided in China. The fact is that the government of this country has a negative attitude towards cryptocurrencies. However, as blockchain technologies develop at a rapid pace here, local NFT creators try to avoid unauthorized blockchains by building their collections on officially approved platforms. For example, based on the BSN-DDC launched in January 2022 of the year.