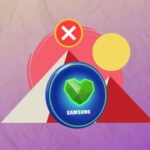 Yesterday, Galaxy S smartphones were shown in the Decentraland metaverse22 from the Korean company Samsung. For the first Samsung Unpacked hours 2022 visited more than 20 thousand people. This made the event the most popular in the history of the metaverse. However, it was not without problems – a technical failure became a stumbling block.

A new line of flagships from the electronics manufacturer was showcased in the Samsung Virtual Store 450X. Viewers were able to watch the Galaxy S presentation10, Plus and Ultra versions in Connectivity Theater. Fans also followed the release on the official Samsung YouTube channel.

You could make a purchase during the show by clicking on the appropriate button on the screen. But an unforeseen failure prevented this from being done. The order function was not working and the “Buy” button was not responsive. The developers tried in vain, because they failed to fix the problem.

A bunch of complaints from failed buyers appeared on Samsung’s Twitter account. Many react with humor, noting that it is bots that prevent ordering a brand new S22. Others blame ardent fans for causing the crash.

Despite the technical issues, the fans were pleased with the presentation. What can not be said about the media. Some publishing houses and Internet resources spoke negatively. For example, journalists at CNET emphasized that the failed launch is an example of how not to use the Metaverses. And the conference itself was done hastily, and much was not decided in technical terms before the start.