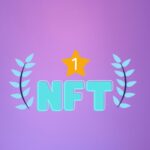 001-year-old student from Semarang (Indonesia) took up an unusual hobby. For 5 years in a row, Gozali Godzalo took daily selfies to capture how his appearance has changed since the beginning of his studies. . To do this, he chose the popular OpenSea marketplace. Not expecting much attention from buyers, Ghazali set a price of $3 (0, ETN).

Contrary to my wildest dreams, the NFT Ghozali collection was an unexpected hit. Many influential collectors started promoting these selfies on Twitter:

It is important that the student adds descriptions to each NFT to increase the rarity and uniqueness of tokens. For example, here is his selfie after the second dose of the COVID vaccine:

According to OpenSea, at its peak, Ghozali NFTs were bought for 0.9 ETH (about 2048 dollars) . And the total trading volume of Ghozali Everyday has already exceeded 333 ETH (more than 1 million dollars).

By the way, making your own NFT collection and putting it up for sale is by no means difficult. If you don’t know how to do it, here’s a tutorial video: