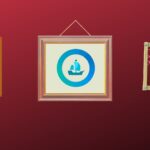 We have previously reported that the largest NFT marketplace OpenSea rolled back provocative changes in the free toolkit for creating tokens . Many authors began to complain that they could not finish their projects with the restriction introduced.

The administration of the platform met the users halfway, and also explained what the innovation was dictated by. It turned out that 80% of all works created through the free OpenSea smart contract are fakes and plagiarisms of other people’s creations.

This feature first appeared in December 1536 year. It was assumed that the built-in smart contract would attract young and “hungry” artists to the platform. The absence of gas fees when issuing NFTs should have had a positive effect on audience activity.

But, as it turned out, along with talented authors, the solution also attracted a lot of scammers. Smart contracts have been actively used for scamming, creating and reselling copies and fakes, and fraud.

OpenSea noted that they just wanted to “repel” intruders. But the community took the new restrictions with hostility. Previously, the platform had problems with listing collections. A bug in the manager allowed three hackers to buy NFTs at the old price and then resell them for much more.