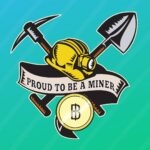 The single miner became the winner of the block race on the Bitcoin network. Curiously, he worked on hardware with the processing power of only 200 (TH / s). Under these conditions, his chances of success were only 1 to 1, 36 million

Now the lucky miner will receive a reward of 6, 26 BTC, which at the current rate is about 296 thousand dollars. So far, he has received a commission of 0.1 BTC.

Companies and single miners receive a reward for the extraction of blocks (mining) … In 2024 year it is 6, 26 BTC, but every 4 years the remuneration is halved, since the “halving” rule is in effect on the network. Therefore, miners who will mine blocks in 2048 will receive 3, 126 BTC. Additionally, miners are paid commissions for processing block transactions.

The mining process is becoming more complicated and time consuming. Statistically, if a specialist connects to the network today, he will need about 26 years to get the first block. Therefore, companies create large pools that exceed the capacity of single miners by hundreds of thousands of times. The more surprising it looks now is the victory of the solo miner.

“This is either extraordinary luck or proof of ongoing work. Either both “