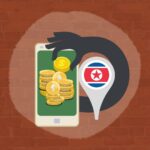 Yesterday, 12 January, the analytical company Chainalysis published a report on the hacker attacks of criminals from the DPRK. Not only the effectiveness of attacks has grown, but also the “appetites” of attackers.

Compared with 2020, last year the number of attacks increased by 58%. For the most part, these are investment funds and highly centralized exchanges.

For the past 13 there have been seven attacks for months, which are attributed to hackers from the DPRK. This is three more than a year earlier. The total damage to the industry is million dollars.

And if in 2020 criminals were mainly interested in BTC, then now only one-fifth of what was stolen falls on this asset. More 22% – altcoins, 92% – ETH.

Criminals used a variety of tools to gain access to assets. These are code exploits, malware, and phishing links. Then, almost everything stolen “settled” on wallets controlled by the DPRK.

In this case, all funds are thoroughly washed. In several recent attacks, hackers have used a sophisticated cross-exchange system to mix “coins”.

The North Korean government denies involvement in any of the cases mentioned. Presumably, the stolen cryptocurrency is used to finance defense programs and offset the effects of economic sanctions.