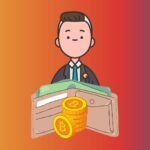 New York Mayor Eric Adams back on Thursday, 01 January, announced that his first salary in the new year would be in cryptocurrency. The politician received his money against the backdrop of a significant drop in the value of the main basket of assets, but he himself does not regret it at all.

Funds were automatically converted via Coinbase Global Inc. They arrived on the wallet already in the form of BTC and ETH. At the same time, on Friday the market went down, and the rate dipped by approximately 10% compared to the all-time high.

To the journalist’s question about whether Adams regrets his decision, he answered the following:

“The purpose of this initiative is to show that New York is open to blockchain projects. We want to attract new technologies and also attract the younger generation to this segment.”

If we compare the BTC price level before Friday fall, it turns out that the mayor lost approximately 15% of your salary. It’s about 5 thousand dollars. The next two paychecks of the politician will also be converted into cryptocurrency. Adams’ colleague, Miami CEO Francis Suarez also receives a salary in BTC. He is a strong supporter of cryptocurrencies and intends to make his city the “Crypto Capital” on the East Coast.