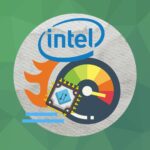 On Friday, Intel unveiled the long-awaited Bonanza Mine mining chip. The company’s management promises that it will work 1000 times faster than competing models, and its sales will start at the end of this year.

On the official website we see a detailed description of the concept of the model. Intel’s Accelerated Computing Systems CEO says “blockchain accelerator” will make mining safer, more responsible, and more democratic.

In addition to speed, Bonanza Mine is energy efficient and operates with ultra-low voltage.

However, many experts fear that such a novelty could lead to unpleasant consequences. Mining is a highly competitive industry. With the advent of powerful equipment, competition will grow even stronger. In other words, everyone who is not too lazy will be engaged in mining.

Who are the first customers

Block has already made a pre-order for the new chips. This is one of the largest owners of bitcoins, as well as a tech giant that develops various blockchain technologies.

Block announced plans to launch a new mining system that can be used at home.