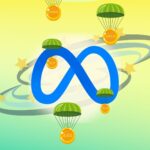 According to Meta financial report in Q4 2021 of the year, the Reality Labs division turned out to be unprofitable. Against this background, the rate of some tokens has significantly “dipped”.

The report was published on Wednesday, February 2nd. At the end of the year, Reality Labs (Meta) revenue was 2.18 billion dollars. The figure is not too big for a company of this level, CEO Mark Zuckerberg expects it to increase next year.

But this is by no means remarkable. The division that works on the metaverse and hardware for virtual platforms turned out to be unprofitable.

Department reported growing negative balance balance. At the end of the year, the company lost billion dollars. At the same time, Zuckerberg said that Meta will continue to invest in the development of this direction.

How did the market react?

Axie Infinity (AXS), The Sandbox (SAND) and Gala (GALA) gaming platform tokens “sank” in the price of % on the background of bad news.

So, for example, before the publication of the report, the AXS rate reached the level of 53 dollars, after – in 12 dollars (Thursday, February 3). By the evening of the same day, he had risen to 20 dollars. At the same time, in November, the price of the token reached the “ceiling” of 162 dollar.

Also, the drop in quotes may be dictated by a small outflow of users from the platforms. The decrease in activity is dictated by the fall in prices for the domestic currency, which scares away those newcomers who come to the project to monetize their time.

According to some experts, stock quotes of large companies that operate in the metaverse can affect the price of virtual platform tokens. This can be seen in the example of Meta.

This is especially critical for those projects that are focused on P2E. The market position of large “players” in this area directly affects the level of reliability and stability of such platforms in the eyes of the audience. Read also: Meta will offer the ability to create and sell NFTs directly on social networks.