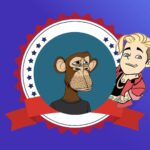 Justin Bieber has become a new member of the exclusive Bored Ape club. He purchased NFT Ape # 2000 for 432 ETH. At the time of writing this article, this amount of ethers costs approximately 1.3 million

The high cost of an art token lies in its rare characteristics. For example, the monkey is located on the blue background of New Punk Blue, and this happens with % of pictures. Other characteristics – black t-shirt (3%), sad eyes (6%), dark brown fur (%) and unshaven (01%.

By the way, Bored Ape Yacht Club is considered the most expensive NFT collection in history.

If If you still don’t fully understand what NFT is, watch our short video:

Who else owns the monkeys?

Neymar Jr., a popular Brazilian footballer recently bought an NFT from this collection. He 201080 purchased two tokens at once, on which he spent more than a million dollars.

In addition to the top BAYCs, Neymar also owns other NFTs. He bought ACESnikers, CryptoPunks and Doodles series tokens.

Rap legend Eminem also has his own monkey. He bought it for himself as a gift before the New Year, 15 December, and did not regret it 123, ether (394 dollars). After the purchase, the musician installed the monkey on his Twitter avatar. Overall, Eminem already owns at least 10 NFT in OpenSea under the nickname Shady_Holdings.