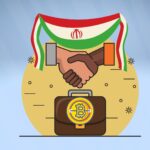 To support international trade, Iran allowed importers and exporters to use cryptocurrency transactions ( first of all, we are talking about bitcoin). It was reported on Monday by the Mehr news agency.

“All traders can use cryptocurrencies. At the same time, ruble, rupee, dollar or euro can be transferred to bitcoin. This is a form of credit for a seller or importer.

Since the cryptocurrency market is based on credit, our traders can use it wisely “

By According to Minister Alirez Peyman-Pak, the new payment mechanism will be finalized “in the next 2 weeks.” The official also urged the government to think about what other economic and business opportunities the cryptocurrency industry offers.

The history of the Iranian critical industry

The country in the Middle East did not immediately accept new technologies warmly. From time to time, they planned to introduce stricter rules for traders and exchanges. In addition, miners also suffered – because of the extreme heat, Iran sometimes cuts off electricity.

Last summer, the Iranian authorities imposed a three-month ban on mining. However, in October, these sanctions were lifted.

Recall that Ukraine is also close to the introduction of cryptocurrencies. Last month, officials from the Ministry of Digital Affairs announced that we will be “the most crypto-friendly country.”