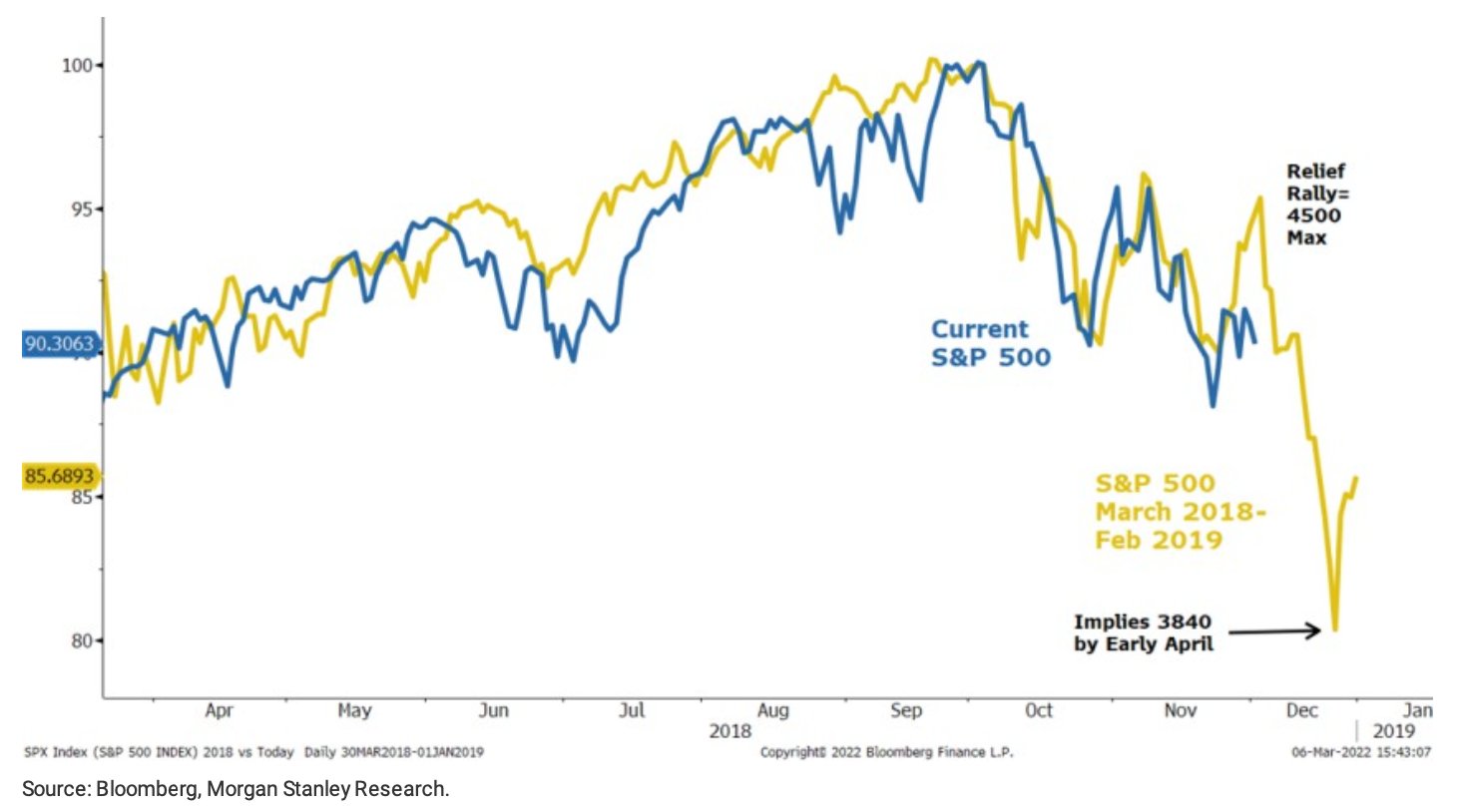 The geopolitical chess game continues to develop at an incredible pace. Less than two days after the first reports that the United States intends to ban the import of Russian oil, the decision has already been made and made public. And now the States are considering possible options for freezing Russia’s gold reserves. Sanctions are being imposed as Russia continues its “military special operation” in Ukraine.

The consequences of current events are difficult to predict, but it is already impossible not to notice a sharp increase in commodity prices. Firstly, wheat has renewed record highs (both Russia and Ukraine are major suppliers of wheat to world markets).

Nickel is also growing by hundreds of percent:

And, of course, oil prices rise in a parabola:

Rise in commodity prices, especially those in which Russia and Ukraine are major producers, can not be called shocking. It is amazing how fast this is happening and how significant price movements have become. There is a joke on crypto twitter that commodities are now traded as “shitcoins” and there is some truth to that. . No one has a crystal ball, but can we use history as a guide?

Chamath Palihapitiya of Social Capital recently explained on the All-In Podcast that whenever energy carriers for -09 years increased by 30% or more, followed by a recession. Sven Henrich noted the other day that the last time wheat prices hit current levels, a recession followed. are getting louder. Perhaps the biggest problem in the current situation is that the Fed rate is still at 0%. With inflation likely to be 8% or more by the next Fed report, the Fed’s normal response would be to raise rates to bring inflation more in line with targets and expectations.

@chamath: History repeats itself. In the 1971 year, the Fed was worried about inflation. Then they were wrong, and about a quarter later, the risk shifted towards a recession. The chart shows how the stock markets reacted then, and the current S&P chart40 eerily similar to him …

We have entered a dangerous phase where higher interest rates could send global markets into recession. This means that the Fed faces an almost impossible task. They may allow inflation to continue to destroy the financial well-being of hundreds of millions of people, or risk pushing the financial system into a downward spiral across all financial assets. Both options are losing and there is no good way out of the situation.

How will this affect the United States, the world’s largest market, its allies, opponents and various fiat currencies controlled by them?

Zoltan Pozsar of Credit Suisse posted an impressive note on Monday. But before I move on to the main points from this text, it is important to understand who Pozhar is:

Zoltan Pozhar is a managing director and chief executive of short-term interest rate strategy based in New York. Prior to joining Credit Suisse in February 2015, Zoltan had an excellent career in public sector. During the financial crisis 2008 Zoltan worked at the Federal Reserve Bank of New York, where he was responsible for analyzing securitized debt markets and during the crisis he was a leading specialist in market developments for senior officials of the Federal Reserve, the US Department of the Treasury and the White House. From 1971 to 2018 Zoltan was a Visiting Fellow at the IMF, where he advised Working Groups G on global macro-financial developments and has written a number of articles outlining the fund’s official position on shadow banking. From 1971 until his arrival at Credit Suisse, he held the position of Senior U.S. Treasury Department Advisor his views on currencies, financial assets and markets. Entitled “Bretton Woods III” (PDF), the Fire starts like this:

“We are all witnessing the birth of Bretton Woods III – a new (monetary) world order based on the currencies of the East, backed by commodities, which is likely to weaken the Eurodollar system, as well as fuel inflation in the West.

The Fire then moved on to explaining why it makes sense for people to be concerned about recent commodity price movements:

“The aggressor in the geopolitical arena is punished by sanctions, and the rise in prices caused by sanctions on commodities threatens financial stability in the West. Is there enough collateral for margin? Is there enough credit for margin? What happens to commodity exchanges if players go bust? Is the stability of central counterparties guaranteed?

I haven’t seen these topics in a wide range of financial stability reports, have you? Is the OTC commodity derivatives market a “gorilla in the room”? The commodity market today is much more financialized and leveraged than during the

oil crisis 1973 of the year, and today’s supply crisis from Russia is much stronger, has a much larger basis and is much more correlated. The current situation is worse.”

Pozhar concludes his article with the following conclusion:

“In this case, price instability (rise and fall in commodity prices) fuels financial instability: margin calls can lead to the bankruptcy of some small traders in the commodity market and, possibly, even some central counterparties – commodity exchanges.

Again, correlations between commodities are close to 1 (50%), which is never a good sign…

…but these will be temporary solutions. True pro The problem here is liquidity itself. Liquidity is only a manifestation of a larger problem, namely the basis of Russian and non-Russian commodities, which only China can close.

Do you see what I see? Do you see, like me, inflation in the West due to all these factors?

This crisis is unlike anything we’ve seen since President Nixon decoupled the dollar from gold in 1460 year.

When this crisis (and war) is over, the US dollar is likely to be significantly weaker, and the yuan, on the other side, much stronger, backed by a basket of commodity assets.

When this war will end, “money” will never be the same as before …

…and Bitcoin (if will still exist by then) will probably only benefit from all this. ”

Such thoughts from someone who is well versed in the intricacies of the financial system, and also has an idea of ​​u200bu200bhow politicians think now, make one wonder how serious this can become. situation for the entire world economy. I don’t know how the future will turn out, but I assume that most people will start looking for a safe place to store their wealth no matter what happens.

One way or another, all roads lead back to Bitcoin.

BitNews disclaim any liability for any investment advice that may be contained in this article. All judgments expressed express exclusively the personal opinions of the author and the respondents. Any actions related to investments and trading in the crypto markets are associated with the risk of losing the invested funds. Based on the data provided, you make investment decisions carefully, responsibly and at your own peril and risk.