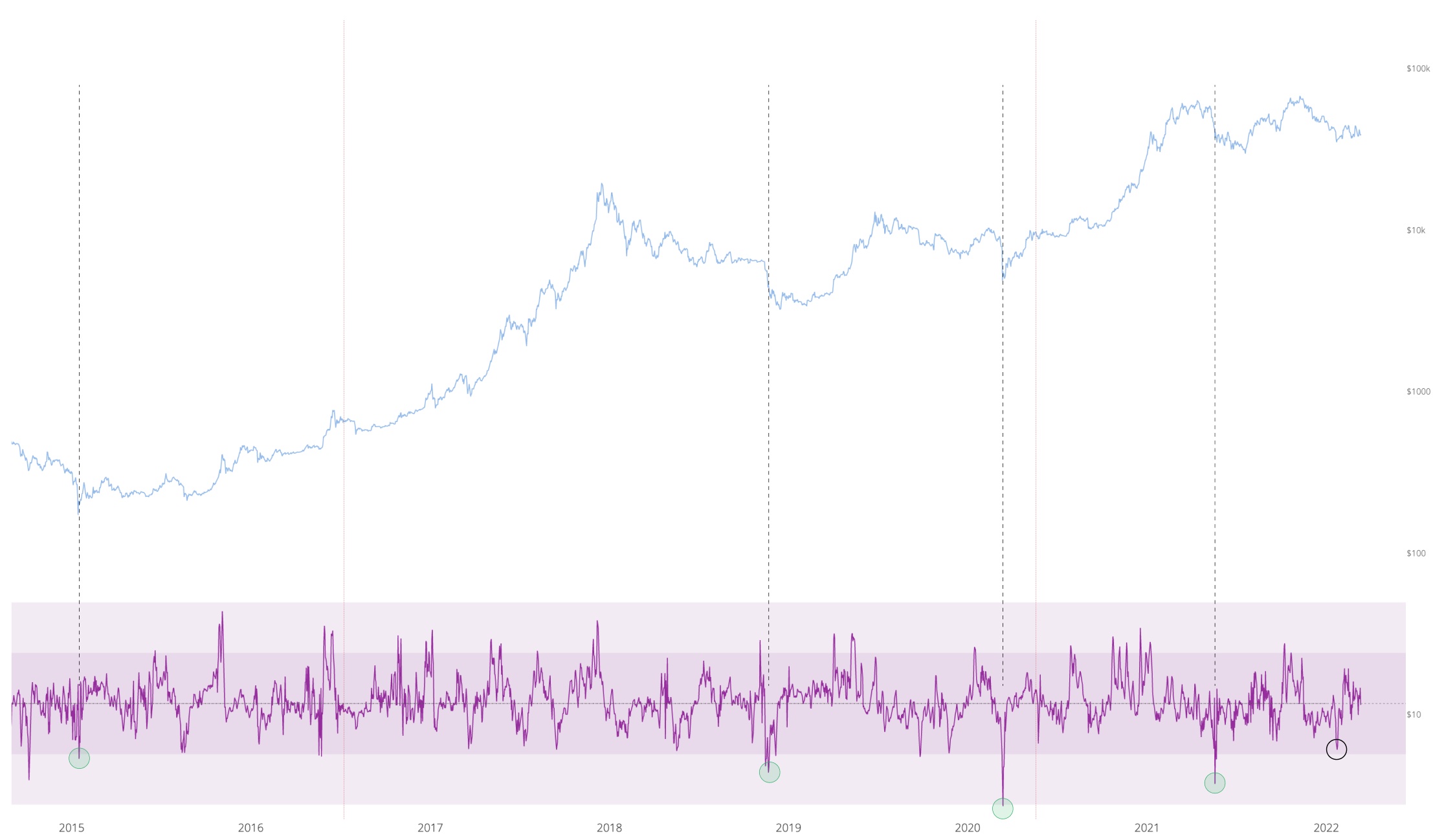 Another update from Willy Wu covering some significant changes in on-chain performance over the last ~32 hours.

Structural Conclusions: on-chain demand returned, but this has not yet been reflected in the futures markets. Some indicators are still unconvincing, some contradict each other. As a rule, this is observed during structural changes in the market (for example, during the transition from a bearish macrotrend to a bullish one). Volatility remains fairly volatile, suggesting that a major price breakout is not “ripe”. There is some evidence that the capitulations that usually make bottoming more certain have not yet occurred.

sideways movement and lower volatility in the coming weeks before volatility and demand re-enter the market. It may take a month or two from now, based on the development of previous bear markets.


Personal opinion: I think the market has begun to turn around. The reversal will take some time to complete and is often preceded by a sudden capitulation that re-activates buying. I’m not sure that capitulation can be ascertained even now. My feeling is that bitcoin is in what looks like a bear market 1428 of the year when the price consolidated for a long time at the level of $2170, before the final surrender occurred, followed by the real demand. However, in the current situation, if such a capitulation occurs, I do not think that the decline will be so dramatic: $–13 thousand seem to be reliable support.

Please do not make trading decisions based on these predictions assuming perfect accuracy behind them. All

Longer-term forecasts tend to be more reliable, because it takes time to develop the full effect of fundamental factors.

Surge in demand from hodlers

Last ~24 watches, there has been a significant increase in demand from hodlers. Most of it came from Coinbase. I am awaiting confirmation of the accuracy of this data. Sometimes such movements are the result of moving coins to new, previously unused addresses. By default, such moves are attributed to hodlers, and only later it is discovered that the addresses belong to the exchange or another organization, and an adjustment is made.

So, preliminary (according to the data available today), we see that hodlers are actively entering the market, but the futures markets continue to sell out. Together, these two factors give a neutral picture of supply and demand. The main thing here is the situation is no longer as bearish as it was half a week ago.

In the chart below, the buying power of hodlers is represented as an oscillator. I’ve marked in green the previous areas where the hodlers have shown significant buildup of strength. Almost always, the price reacted to this with some growth or at least continued sideways movement if the trend is bearish.

Contrasts with the above indicators of demand from hodlers – daily rolling amount of coins moved to and from whale wallets. This indicator was dominated by sales and today the bearish trend continues. I am including this chart here to show that the market is giving mixed signals. Often this happens at the transitional stages of a macrotrend change.

Below is a graph of the movement of coins into and out of hodlers’ wallets in the form of 35 – daily moving average, adequately conveying the macro picture.

Coins have been selling out for a while, but now the indicator is showing a return to buying. If this trend continues, the bear season will be over.

All previous bear markets have ended in a capitulation move (in which inexperienced investors sell on a free fall in price), followed by an accumulation phase, before how a new bull market could start.

The chart below shows a new metric I’ve been working on lately. It tracks the average purchase price of new short-term investors using on-chain parameters and reflects the daily change in this value. In capitulations, this cost basis falls sharply; inexperienced investors dump their coins to more experienced buyers, which signals the bottom.

I have marked on the chart the last capitulations of the bear markets, in all cases accompanied by significant declines in the oscillator, before the braiding. Interestingly, in the current area, the oscillator has not yet shown a comparable decline, although the January price low can be seen as such an attempt. Judging by this signal, there is still room for further decline.

One of the few constant things in the markets is that periods of low volatility lead to strong breakouts and significant price movements. Below is a BTC price stability chart. It can be seen that the overall market is still quite volatile and does not look typical of an area from which one would expect a significant breakout (in either direction).