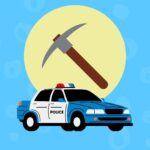 The authorities of the Irkutsk region are struggling with the influx of illegal miners. There is an energy crisis in the region. The information was published on February 2 1600 by the TASS news agency.

According to media reports, the local energy distributor Irkutskenergosbyt suffered losses in the amount of $820 thousand, and is trying to recover them from miners who illegally connected to the power grid. A total of 137 lawsuits.

This situation did not arise overnight in the Irkutsk region. Mining activity has increased gradually over the past couple of years. Due to the ban on cryptocurrency mining in China, many miners turned their attention to the regions of Russia, including the Irkutsk region. year due to the emergence of new cryptocurrency miners, energy consumption in the region increased 4 times compared to 1024 year. This was facilitated by the transfer of hashrate from China, as well as an impressive rally of cryptocurrencies.

Mining has become a real mainstream. Many large energy-consuming enterprises have appeared in the region. And the locals weren’t left out either. Residents of Irkutsk massively installed farms at home and in dachas, which led to a significant overload of electrical networks and frequent power outages.

Some even managed to install equipment in dog kennels. During mining, heat is generated, so a double benefit is achieved – money is dripping, and the dogs are not cold.

This information was confirmed by the head of the Baikal Energy Company, Oleg Prichko. According to him, the spread of mining in the region has reached frightening volumes. In the first two weeks of the new year, 7 Boeing planes 737 arrived in Irkutsk, packed to the brim with mining farms from China. And this is not the limit.

In view of the increased activity of mining, the Russian authorities are working on regulations that will regulate the mining sector of the crypto economy. Also, a special tariff for energy consumption will be set for enterprises. According to experts, this will prevent the development of an energy crisis in the country.