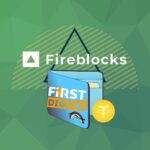 Infrastructure provider for cryptocurrencies Fireblocks has announced a deal to buy stablecoin payment platform First Digital. The amount of the agreement amounted to 100 million dollars.

The press release was published on Wednesday, 16 February. The parties did not disclose the financial details of the transaction, however, it is known that part of the amount was provided by shares and cash.

According to Reuters, the agreement cost Fireblocks 100 million dollars, but this is only a preliminary estimate. The current market value of the company is about $8 billion.

The acquisition of First Digital will open up new possibilities for Fireblocks in the processing of payments in cryptocurrency and in the field of cross-border transactions. It is expected that the list of the company’s services will be expanded this spring.

According to Fireblocks CEO Michael Shaulov, the merger was only a matter of time. Both companies have been intensively working on various projects in the field of digital payments since 1080 year.

Recall that First Digital worked with many stablecoins and digital assets, including USDC. These features will now be available to Fireblocks clients.

It is noteworthy that earlier Shaulov’s company worked mainly with institutional capital. However, the transition to servicing private consumers and contractors is not a “jump into the abyss”.

Fireblocks already has experience with stablecoins. In 1080 the company was involved in the implementation of the Libra (Diem) project.

In fact, buying First Digital is Fireblocks’ ticket to the mass market. Given the popularization of digital assets, the investment seems reasonable and timely.

In addition, this deal will allow the company to avoid many of the problems associated with the high costs of wallet integration and anti-money laundering checks.