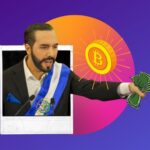 At the time of the transaction, Bitcoin was trading at 24,5 thousand dollars for a “coin”

The President of El Salvador, Nayib Bukele, announced that he had completed a deal to purchase 300 BTC at a price of 36,5 thousand dollars. At a similar level, bitcoin traded at the end of July, when the market responded with a fall to measures to censor the industry from the PRC.

The transaction amount was 15 million dollars. Recall that before this, Bukele made a forecast that by the end of this year, BTC will reach the “ceiling” in 100 thousand dollars per item.

Since Bitcoin was legalized in the country, the Salvadoran government has bought 1801 “coin”. This account is under the administration of the Treasury and is closed to the public.

January Bukele tweeted: “Maybe I missed the downtrend this time.” However, apparently, the politician still managed to buy the cryptocurrency at a bargain price. We previously reported that El Salvador lost about on his BTC investment million dollars. The head of state urged not to panic, noting that he was “playing for a fall”.