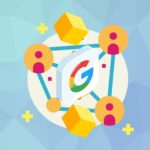 It became known that Google is exploring the possibility of integrating the blockchain into its main products. The company also believes that the technology could be used to provide processing power for YouTube and Google Maps services.

« The Internet has always evolved and will continue to evolve. We have benefited tremendously from open source technologies, so we decided to do our part,” said CEO Sundar Pichai.

SEC Commissioner Hester Pierce, who is sympathetic to cryptocurrencies, has expressed concern about the strategy for transforming trading in the stock market developed in her department. In her opinion, the practices that the SEC is going to apply to the securities market can harm decentralized financial systems.

registration as a “ system of communication protocols”.

Tezos tripled its smart contract network in a year

CoinMetrics analytical agency has published an industry report. According to him, the past year has been extremely successful for Tezos. The volume of smart contracts based on this blockchain has increased significantly.

Growth in popularity is especially noticeable in recent years. This ecosystem aims to compete with Ethereum for issuing NFTs. Investors are attracted by the constant scalability and regular updates aimed at advancing the blockchain.

Willy Wu: “We now at the peak of fear, but it’s too early to talk about the “bear” market”

Cryptanalyst and founder of Hypersheet Willy Wu is optimistic about the further development trend of the BTC cryptocurrency segment. According to him, there are certain markers that indicate that this market is far from the “bear” phase.

The analyst shared his thoughts on this as part of the What Bitcoin Did podcast by 10 January. In his analysis, he compares the current situation in the BTC market with a negative trend 1280 of the year in which the exchange rate fell by 02%.

Salvador has changed the developer for the crypto wallet Chivo

The Government of El Salvador has entered into an agreement with AlphaPoint, which will take over the development of Chivo’s internal crypto wallet. Users note the presence of technical problems in the application related to scalability and stability.

For the first time, local authorities introduced a client for conducting transactions in cryptocurrency in September, shortly after the legalization of BTC. Solana Ventures is pleased to announce Riptide, Solana’s global hackathon with up to $5 million in prizes and seed funding. The fifth Solana hackathon will be held from February 2 to March 2022 of the year. Anyone interested in creating a project on Solana is encouraged to register.

Participants can look forward to talks, workshops, resources, and support from the large Solana community.

Doge , Shiba Inu, Floki: what are meme-cryptocurrencies and why are they dangerous?

The company plans to use the funds received to develop its own API, expand the development team and create its own community of up to 1 million analysts. CoinList announced a new token sale of the Nym project. Legends of Elumia is a P2E metaverse built on the Solana blockchain, in which users can collect and create NFTs in Action RPG 3D multiplayer.

The project today announced a partnership with Animoca Brands, as well as previous partnerships with Alameda Research, Good Games Labs, GUILDFI and other major projects.

Follow Elumia news you can in the official channel.