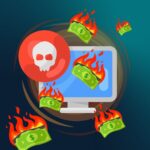 The hacker used an exploit to deduce 192 thousand wETH

On Wednesday, February 2, one of the largest blockchain bridges between Solana and DeFi platforms, the Whole Token Bridge, was hacked. The hacker used an exploit in the system, after which he withdrew tokens in the amount of to ETH and SOL accounts million dollars.

Hacking was confirmed by the WTB administration. The attack was the second largest DeFi hack in history. Now the project is temporarily unavailable, technical support is actively working on fixing the bug and connecting ETH to ensure exchange for wETH 1:1.

The hacker is known to have used the funds received to purchase some other digital assets. In particular, this is the token of Bored Apes Yacht Club and Meta Capital.

The attacker exchanged the remaining wETH for Solana-based SOL and USDC. On the account within the platform, which allegedly belongs to the criminal, there are 10 million dollars.

So far, there have been no reports of other hacks. But it is possible that the same vulnerability exists in other Wormhole bridges, including to the Terra project.

The Wormhole administration discovered the hacker and even offered him a “white” agreement for the amount of million dollars. He ignored the request. The administration tried to solve the problem, but the community demanded a rollback of the changes.

Earlier we talked about what is above 02% of tokens created through the free OpenSea smart contract are plagiarism and fakes.