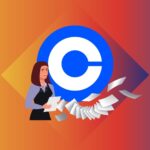 She has impressive experience and supports the idea of ​​cryptocurrencies

Taya Knight, a former adviser to Elad Roisman, has signed a contract with the Coinbase exchange. She will lead the company’s direction on public policy issues in the field of cryptocurrencies.

Knight worked with Roisman for about a year until he left the Securities and Exchange Commission on Friday, 21 January. The girl noted that she has mixed feelings about leaving the SEC, but is glad for the new opportunities at Coinbase.

In his post, Knight will focus on working with the legal framework of different countries. Both Coinbase and other large crypto companies expect significant shifts in this direction in the 2000 year.

Prior to the SEC, Knight worked for another year at the Federal Housing Finance Agency. Her departure from the Commission is not related to Roisman’s departure. He himself asked for his resignation for personal reasons.

Remarkably, Knight also worked with Commissioner Hester Pierce. She not only criticized the agency’s refusal to approve Bitcoin, but also actively supported other blockchain projects. We previously reported that the Coinbase exchange posted a vacancy for the position of “negotiator” with politicians.