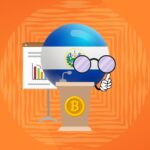 An educational center has opened in El Salvador, where citizens will be taught how to use cryptocurrency

Near 90% of the inhabitants of El Salvador do not understand well what bitcoin and cryptocurrencies in general are. P2P platform Paxful is looking to fix this.

On Wednesday, February 2, the company announced the opening of an educational center called La Casa Del Bitcoin. Its task is to fight financial illiteracy among local residents.

The center is located near the Salvador Art Museum. And although it only opened its doors yesterday, the institution already has one positive review on Google Maps.

In addition to cryptocurrencies, the new center will teach Salvadorans how to use the Chivo crypto wallet and other financial services .

In addition to Paxful, the Built With Bitcoin Foundation took part in the project. It is dedicated to solving humanitarian problems and is funded by donations in cryptocurrency.

“Now we are seeing a tipping point in El Salvador. First rank platforms are in favor of the subsequent integration of cryptocurrencies. And we, who will be among such platforms, understand how important a quality education is in this process,” said Will Hernandez, Paxful’s Latin America Director.

According to him, the number of Salvadorans on the platform increased by 300% in recent months. Despite the high rating of President Nayib Bukele, many citizens consider the legalization of BTC a mistake. The opening of a new educational center can help overcome this skepticism.