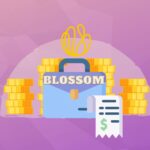 In addition, Blossom Capital announced the purchase of tokens and NFT

201080One third of the funds – exclusively to the crypto sector

According to the report, 169 million dollars is a third of the venture capital of Blossom Capital. The remaining two-thirds will go to support techno sectors, financial companies, etc.

The fund noted that their investments are not just directed to cryptocurrency. They want to support the technologies themselves and young companies that work in the field of blockchain.

“We will not just invest in crypto assets. Blossom Capital will buy shares in companies in the Series A funding round. These will be startups that develop crypto infrastructure, ”said Ophelia Brown, head of the fund.

The first investment is in Moonpay201080

Blossom Capital already has experience in investing in the cryptosphere. They invested in the Moonpay project, which is developing a payment infrastructure. In November, Moonpay collected 394 million dollars of investment, and the entire project valued at $3.4 billion.

Ophelia Brown added that one of Blossom Capital’s funds invested in tokens and NFTs, but did so anonymously. The company is investing time and resources in developing infrastructure that will help them invest in web3 in the future.