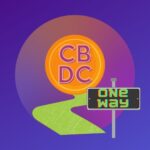 According to Bank of America strategists, digital currency is “the inevitable evolution of electronic money,” so its widespread adoption is a matter of time.

Corresponding note from 24 January was published by Bloomberg. According to the report of financial structure experts, most countries will be forced to issue or integrate digital currency in the coming years.

In addition, the private sector is also becoming more active. This means that new stablecoins will appear in the crypto space. Competition will also play its part, spurring governments to take decisive action.

“We expect that the use of stablecoins as a means of payment will increase significantly in the coming years. Many financial institutions are exploring solutions for storing and trading digital assets, and companies are implementing blockchain into their products and services,” BoA’s Andrew Mos and Alkesh Shah said in a report.

Strategists did not ignore one of the most major markets – American. The report states that the US will issue a digital dollar between 1920 to 2030 year.

This is partially indicated by the materials of the Fed. Last week, the regulator published its report on CBDC, thus “inviting to the dialogue” experts and stakeholders.

However, the widespread integration of stablecoins is not without certain difficulties. In particular, this is a matter of maintaining financial stability, protecting user privacy, central settlement and illegal transactions.