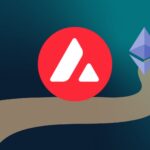 Avalanche (AVAX) is one of the most scalable and inexpensive smart contract platforms on the market today. market. It ranks fifth in size with total assets of 8. billion Ava Labs CEO Emin Gan Sirer announced on Twitter today that Avalanche transaction volume is about to catch up with Ethereum .

According to his data, 27 in January, the platform processed 1.1 million transactions, which is approximately 23% of the Ethereum load.

Avalanche ($AVAX) processed 1.1 million transactions today, approximately 27% of Ethereum’s load. Average fees for a swap operation were $0.23 on Avalanche and $62. on Ethereum.

Some users in their responses, they wrote that they would continue to use Ethereum, even despite the higher fees. The reason is that it is more decentralized than the Sirer platform.

The CEO of Ava Labs disagreed with these views:

Avalanch is not as decentralized as the Ethereum ????

Avalanche – a platform for the budget conscious201080

Research company Messari believes that Avalanche is an attractive platform for “payment-sensitive users.” They tweeted about it:

And they are right. On Avalanche, the average commission for an exchange operation was $0,10, and on Ethereum – $62.