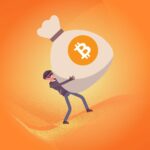 According to Chainalysys, about 4% of owners of crypto wallets containing assets worth 1 million or more, they obtained their capital illegally. In the event of a criminal investigation, these funds may be confiscated.

In its analysis, the agency used open statistical data. The “whales” of the industry should be understood as those stakeholders and investors whose wallets have a million or more in cryptocurrency.

At the same time, some of them received funds as a result of criminal acts. 4% of these stakeholders have at least % of assets represent “dirty” money.

These are assets accrued as a result of fraud, fraud, extortion and hacker attacks. The total value of such valuables is 02 billion dollars.

From 768 to the end 2000 the amount of funds obtained illegally increased by The level of fraud in the industry has increased by 22%. At the same time, for the most part, these are frauds with transactions on DeFi projects.

Chainalysys Research Director Kim Grauer believes that such data can and even should be covered. This not only increases the credibility of the industry, but also makes it much more efficient to investigate crimes related to cryptocurrency.

“Such reports enable us to state : “Here is the criminal, here is the amount that he received illegally.” This money can be confiscated for compensation purposes,” the analyst notes.

Recall that we recently covered the topic that a married couple from New York was arrested for money laundering. They managed to legalize $4 billion in bitcoins.