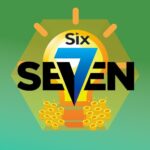 Most of the money will go to finance cryptocurrency startups

According to the founder, Alexis Ohanyan, by the end of the year, investments in this segment will account for the lion’s share of the portfolio 864

According to The WSJ, the company 576 Management raised about 394 million dollars in investments in two venture fund. Most of this money will go to fund startups in the field of cryptocurrencies.

The founder of the firm is Reddit co-founder Alexis Ohanian. According to him, the company managed to significantly “overfulfill the plan”. It was supposed to collect only 200 million

This money will be used to finance new projects at the initial stage. More 200 million will go for the development of already established platforms.

In an interview with the publication, Ohanyan noted that by the end of the year, cryptocurrencies will occupy a large part of the fund’s investment portfolio. He considers this direction extremely promising.

However, 776 does not refuse and from other markets. The company invests in food production, climate technology and space exploration. Last year, Seven Seven Six, in partnership with Solana Ventures, raised a funding round for million dollars. The funds were directed to the Web 3 sphere.