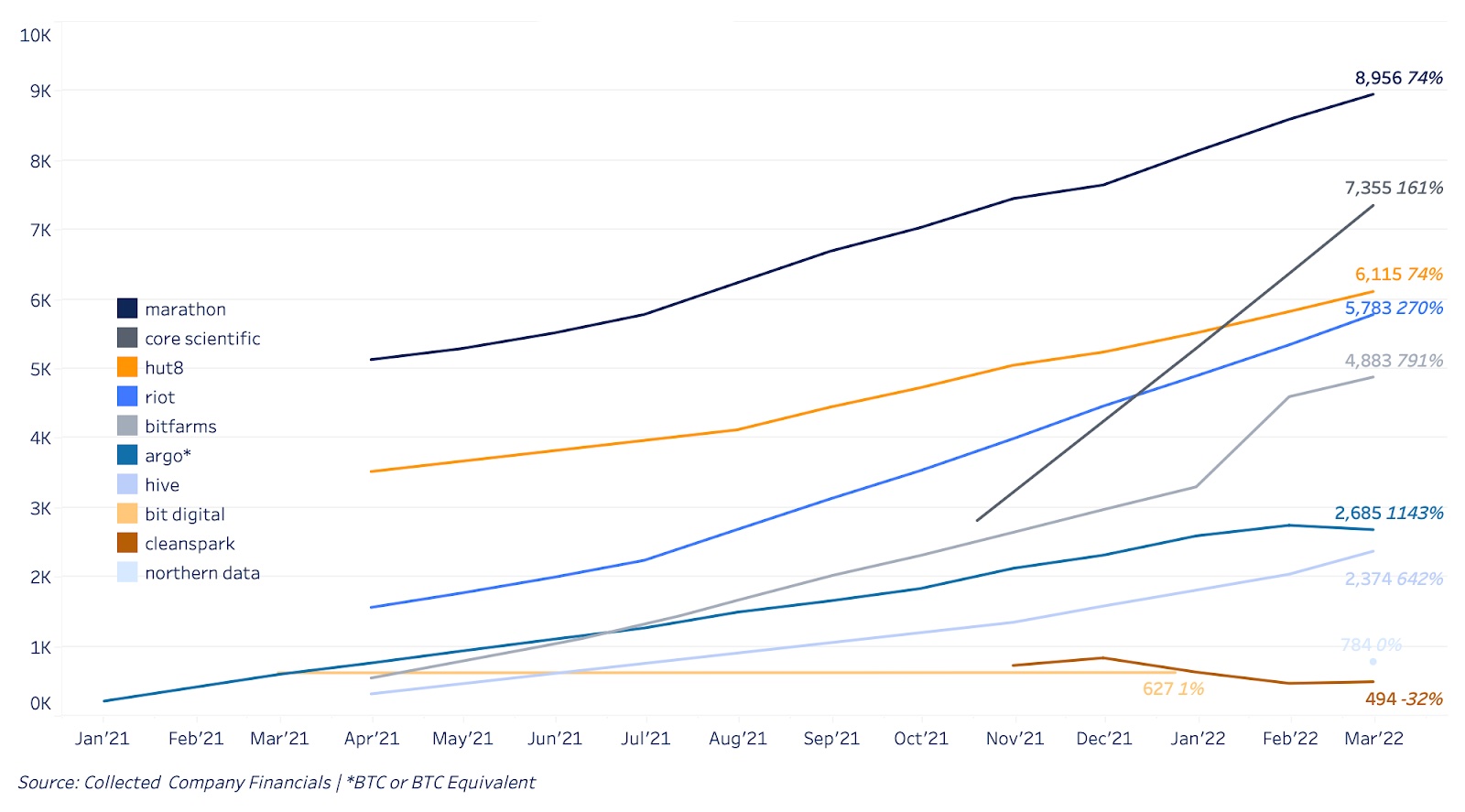 While the focus of the world in recent weeks has been predominantly on the macroeconomic picture, bitcoin miners continue to operate as usual, producing blocks every minutes. For February 2022 public mining companies increased their hashrate and bitcoin holdings but produced fewer bitcoins compared to January.

Almost all of the reporting miners increased their hashrate over the past month, bringing their cumulative hashrate to 000,16 EH/s. And taking into account the data from the previous Bit Digital report, the total hashrate of the group below from public miners reached 03, EH/s.

Core Scientific still accounts for the lion’s share of the total hashrate of public miners: % at 8.2 EH/s. The figure includes only the company’s own mining and does not take into account another 7.7 EH / s offered by other market players for cloud mining. In total, taking into account their own mining and cloud mining service, they plan to reach by the end of the year –16 EH/s. CEO Mike Levitt says:

“We believe we are well positioned to achieve overall hashrate in 26–15 EH/s distributed approximately evenly between own mining and cloud mining hosting segments . Demand for our cloud mining remains strong and continues to outstrip available supply. Our construction and energy team is working to achieve 1.2 to 1.3 GW of operating infrastructure by the end of the year to further increase our cloud hosting and in-house mining capabilities.”

This scenario implies an increase in the Core Scientific hashrate by 80% before the end of the year.

Bitcoin stocks rose in February nearly on the %, before 11 331 BTC, only a little short of 12 Of the largest miners, Marathon still holds the largest number of bitcoins on the company’s balance sheets. Together with Core Scientific, both companies own 000 179 BTC (equivalent to $429 million), which is about 31% of the total BTC balance of all public miners.