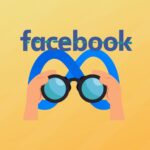 Meta is testing patents for tracking emotions and facial expressions

The new patents owned by Facebook Meta Platforms have given us a bleak look at our future. They suggest that the Horizon Worlds metaverse will be able to respond to users’ facial expressions and other biological processes. As well as collect this data and tag users. And the goal here is clear – to make advertising more effective.

What is the Metaverse? We explain in 8 minutes

under the heading “ProstoCrypta” by popular demand in the comments, we are analyzing such a phenomenon as “metauniverses”.

Technology lawyer David Morris shared his concerns about this. In an interview with Coindesk, he accuses the Zuckenberg company of wanting to take control of the mind. And he predicts that soon the Meta surveillance device will know everything about us – including biometric data about the most intimate nuances of your real body.

What is this technology

One of Meta’s patents allows you to change media content in depending on the user’s facial expressions, but for now it requires a VR headset.

Another technology can track the real body (not an avatar) of a metaverse user. Nominally, it is intended to control actions in virtual worlds. But the equipment captures the postures of clients and other body data, which already sounds bleak.

Read also: NFT and fashion. How the wear-to-earn principle entered the fashion industry

“My nightmare scenario is when targeted advertising based on our involuntary biological reactions to stimuli begins to appear in the metaverses,” the expert summed up .

So far, these are only patents that Meta is testing in the early stages. But one thing is clear: the deeper we dive into the virtual world, the more personal information is given into the hands of businessmen and advertisers.