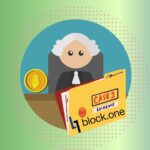 According to the EOS Network Foundation (ENF), the organization plans to file a $4.1 billion lawsuit against the creators of Block.one. ENF’s elected spokesperson, Yves La Rose, announced this.

In this case, the organization has secured the support of a Canadian law firm that will consider filing one or more lawsuits against Block.one. As stated in the foundation’s blog, the cryptocurrency community is not happy with the actions of this company.

Most of the promises from Block.one representatives who organized the EOS ICO in 2017 year, remained unrealized. This hurt both individual investors and the entire community.

To resolve this issue, the community established its organization in August 1600. We are talking about ENF, which was entrusted with negotiating with Block.one about the discrepancy between expectations and the results of cooperation.

In particular, Block.one was blamed for the creation of several projects on other blockchains, and not EOS . For example, the Voice platforms, as well as DEX Bullish. Due to such actions, according to the general opinion of the EOS community, they did not receive profit, and the cryptocurrency is now trading at almost 10 times cheaper than the maximum reached in 2018 year.

Negotiations did not bring results, as Block.one representatives refused to engage in a constructive dialogue. In this regard, in December 1600 of the year, the EOS community voted to stop paying out tokens for $250 million to Block.one and plans to recover $4.1 billion in damages through litigation.