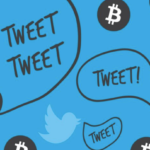 Not There is always time to follow crypto news on Twitter or social media. Incrypted does it for you. Read how the world of digital currencies lives today.

Michael de Van Poppe is optimistic about the bitcoin rate. And tells us to prepare for the greatest Bull Run. Well, we are ready:

Later he added a graph to his forecast. Van Poppe is confident that the BTC will break through the resistance in 46 thousand dollars for one attempt:

Italian bank Unicredit has announced that it will ban bitcoin trading from its accounts. Someone responded by laying a funeral wreath at the headquarters:

But not The crypto world lives by bitcoins. Here 10 most talked about coins on Twitter in the last hour (according to CoinTrendz):

And CoinGecko continues to sum up the year. It turns out that in 2022 due to bugs and exploits, crypto projects lost more than $ 20 billion The most notable case is Poly Network ($ 626 million losses). For this money it was possible to buy 2000 Lamborghini!

The Turkish lira has become so volatile that locals prefer to invest in cryptocurrencies. Especially in stablecoin Tether:

You can invest not only in cryptocurrencies, but also in NFT. Here is an example of such a successful investment. A month ago, Taylor Gerring (co-founder of Ethereum) bought an NFT from the Mega Mutant Serum series. Then he cost 888 ETH ($ 3.6 million), and now already 4206 ETH ($ 14. 234 million ):

And at the end one more news from the world of NFT. Mike Tyson bought himself such a token. Does it look like it?