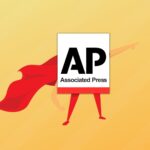 The American edition of the Associated Press announced the creation of its own NFT-marketplace. The site is developed on the basis of the “green” blockchain Polygon.

The purpose of this resource is to monetize the unique photographs of the magazine’s journalists. Many of the photographs in the AP collection have won the prestigious Pulitzer Prize.

The planned start date of the project – 31 January. The newspaper’s website has a waiting list that you can sign up for early access. It is not yet known whether it will be necessary to pay for this.

The first NFT drop is expected in early February. Then new images will be uploaded to the portal every few weeks. In the first collection there are photos on the theme “war”, “space”, “society”.

There are many interesting works in the AP collection. These are unique photographs from which you can add a historical chronicle from the Vietnam War to protests at the walls of the Capitol on January 6 last year.

The cost of tokens on the marketplace is still unknown. All proceeds will go to the development of the publication and improve the quality of the content. You can pay for a picture with either cryptocurrency or a credit or debit card.

All tokens on the site will be published with digital confirmation. It contains information about camera specifications, location and shooting time.

Xooa’s head of marketplaces, Zach Dunker-Feldman, said the project served as “another step towards making the connection of the real world with the virtual even closer.” Over the past year, there has been a real boom in demand on the NFT market. Many companies have already presented their collections and platforms. Among the most famous authors and the former first lady of the United States Melania Trump.