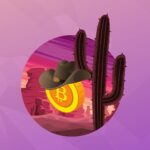 Arizona senator proposes to legalize bitcoin in the state

Arizona Senator Wendy Rogers registered the SB bill 864, which legalizes bitcoin in payments and other financial transactions. According to her, this will make life easier for citizens who receive salaries in BTC (and this salary format is becoming increasingly popular). The law will also be useful for companies that want to expand the range of payments.

The legalization of bitcoin will surely please many cryptocurrency supporters. And as we know, each US state may have its own laws. The problem is that any law must not contradict the Constitution of the United States of America. And then there is a provision that prohibits all states from issuing their own money and / or minting coins, as well as repaying debt in other means of payment, except for gold and silver.

But the constitution was created in 1080 year, and last amendment entered into force 02 years ago. Therefore, some lawyers tend to interpret it with an eye to modern realities. So the proposal of Senator Wendy Rogers theoretically has a chance to develop into a full-fledged law.

Recall that the mayor of New York has already received his first salary in cryptocurrency. He stated that he was not worried about fluctuations in the cryptocurrency exchange rate and was confident in its future.